Hit enter to search or ESC to close

Ranita is currently completing a Diploma of Graphic Design through CATC Design School. Throughout her study, Ranita has developed a strong interest in logo design and branding, an area in which she hopes to pursue a career in the near future. The following article was written as part of an assessment piece in which Ranita was required to research current trends within a specialised area of the graphic design industry. Ranita contacted our team last year for feedback on the below article, and we found it so insightful we asked Ranita for her permission to share it on our blog. The article not only identifies a number of current trends in logo design and forecasts their longevity, but also provides Ranita‘s viewpoint on the application of logo design trends in general.

There is often conjecture surrounding the adoption of current trends for logo design.

A logo forms the foundation of a brand’s overall identity and is typically responsible for the consumer’s first impression of a company. Today’s identities are more than just a logo: they communicate a company’s core values and differentiate them from their competitors.

Logo design is not a modern concept. It dates as far back as the symbolic imagery of the Pre-Neolithic times and the Ancient Egyptian’s use of hieroglyphics to display ownership of their belongings. However, it is the marks used by tradesmen throughout the Middle Ages that leveraged our commercial use of the modern-day logo.

The rise of mass production combined with marketing to a targeted audience propelled logo design forward at an exponential rate. However, this growth was quickly surpassed with the development of the digital age towards the end of the 20th century with no sign of slowing down in the 21st century.

Society’s introduction to digital technology, the Internet, mobile devices, and most of all social media has resulted in an unprecedented global connectivity. Companies have been forced to change the way they communicate with consumers which has led to the development of a new branding model. The new consumer driven ‘brand experience’ model has heavily influenced the way designers work and it is now more important than ever that they connect with consumers in a real and authentic way.

Consumers today are surrounded by an oversaturated world of visual stimuli in which logos are ubiquitous. The need for companies to distinguish themselves from their competition is now paramount. A designer needs to ensure that the logo is easily recognized, unique and most importantly, memorable.

Does this mean designers should ignore trends completely?

Designers shouldn’t ignore trends altogether but knowing when and when not to use them is the key. Using a trend just for trend’s sake can be risky and is generally not good practice. Trends, especially style trends, should only be used if they enhance the visual communication of a brand’s unique message to the target market. Basing a logo’s design on the foundation of solid design is by far a better approach that will reduce the risk of a logo becoming quickly outdated.

Logos have progressively become simpler over the last century: they tend to be less illustrative and more symbolic. The influence of designers such as Paul Rand and Milton Glaser has seen this trend continue to evolve over the past 50 years. Apple and Burger King are among the numerous companies where this is evident. Their earlier logos are far more complex and take more than a glance to understand the message; unlike their current logos, which are instantly recognized and easily understood.

A further development of this trend is the removal of typography within the logo: reducing it down to its pure symbolic state. This minimalistic approach typically requires a brand to already have an established following. It could be convincingly argued that the longevity of Apple’s typography-free logo from 1977 onwards has led other companies such as Nike and Starbucks to follow the trendsetter’s path.

Whilst the 21st century has surged ahead in the digital realm, we have not abolished print media – not yet anyway. Our reluctance to relinquish the tactile experience of print along with our desire to include interactivity means designers need to conform to both print and digital mediums: allowing for variations in; size, detail, resolution, layout, and compatibility, both on and off screen.

Print media these days can consist of anything from a business card or letterhead to screen printing, embroidery, publications, right through to billboards. Digital media, however, can apply to the web, computers, ipads, tablets, apps, and  smartphones to name a few. The broad range of mediums within both print and digital requires logos to adapt to each of these applications.

Responsive design is quickly becoming an additive and subtractive process allowing logosto become more adaptable to the diversity of screen sizes available to us today. Often logo variations such as stacked and horizontal versions are commonly used, however, the trend of applying incremental stages where logos are often reduced to mere icons to accommodate to the size of the screen is becoming more popular.

Just like the Swiss delivered us clean, simple, minimalistic design back in the 1940s and 50s, so too has the trend of flat design. This popular trend was a reaction to the drastically overused 3D effects such as gradients, drop shadows and bevels. With the demand for simpler logo designs, flat design has been a perfect match for the modern era. The discovery that flat design was a lot more user-friendly, particularly for scalability on the web and mobile devices, helped drive the trend’s popularity.

Like all good trends, flat design has been tweaked to incorporate long shadows and or shading. This hint of depth helps flat design to pop ever so slightly and in some cases they create a touch of a vintage or nostalgic feel while remaining modern and stylish.

With the popularity and availability of 3D printing technology on the rise, its influence has caused some designers to revisit the gradient in order to create a subtle three dimensional illusion on a 2D surface. For some logos the gradient is so subtle that you can barely notice its presence whereas others are slightly more obvious, although, they are not as overbearing as their older cousins.

Typography within logo designs has moved toward a more relatable and authentic feel, which falls in line with the new branding model. Hand-lettering, incomplete lettering, and lowercase letters are all a part of this shift.

Hand-lettering, particularly brush script, has increased in popularity as it creates the sense of a personalised human touch. The little imperfections that characterise this trend contribute to its authentic feel. The use of lowercase letters is not new but is still being embraced for the informal, approachable yet modern feel that they invoke.

A further and more recent tweak of the lowercase font is incomplete lettering: missing links, cut or partial letters, and even sees the stencil making a comeback. This trend provides the opportunity to create a very unique and personalised logo. Logitech has recently updated their logo using this technique.

An awareness of trends is imperative for logo designers to keep abreast of the times. Although a designer will already possess the required design skills and be competent in industry standard software, they still need to continue to learn and expand their skillset in order to stay up-to-date in a world of ever-changing technology and trends.

Immersion in the design world, attending seminars, and networking with colleagues or other professional designers are potentially the most beneficial ways to stay in touch with the latest industry developments and trends. It is next to impossible to know everything there is to know in the graphic design world; making collaboration a designer’s greatest asset.

Some trends are essential, such as complying with both print and digital processes, and responsive designs. These types of trends usually move forward with advancing technology and typically end up becoming industry standards and therefore necessary for designers to use, which is why we will see these two around for some time to come.

For the most part, trends especially style trends, come and go – sometimes even quicker than downloading the latest software update. Although, occasionally a trendsetter pops up and hits the nail on the head: challenging other designers to add their own little tweaks. We have seen this happen with both simplified designs and flat design.

It is possible logo designs will continue to become even more simplified as we move toward a world reduced to icons. Although it will be interesting to see how a company will change their recognized symbol later on without being forced to insert their name back into the logo.

The concept of the ‘3D effect’ is evidently not completely lost. Flat design has potentially peaked and despite designers currently battling to merge 3D and flat design together, it doesn’t appear as though flat design or its semi-flat counterpart will be disappearing from our world anytime soon. Nor will we see the return of the full-blown gradients of yesteryear.

Hand-crafted typography will continue to grow, however, there is potential that it will eventually become overused and tiresome.

We may even see a shift back to the clean, sterile digital fonts but the most likely scenario will be something in between.

Regardless of what trends are currently present, it truly cannot be argued that a logo based on good design rather than fleeting trends will often be the most successful.

Kliever, J. 2015. Graphic Design for Print vs The Web: 15 Vital Differences You Need To Know About, Available: 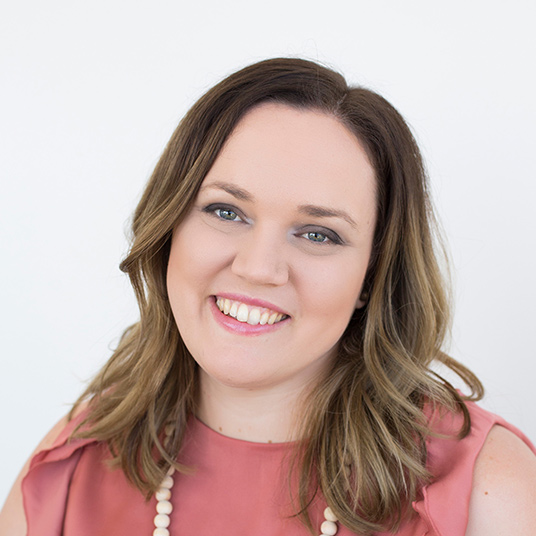 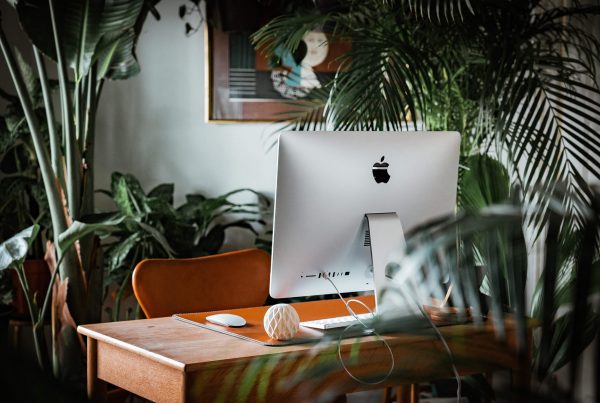 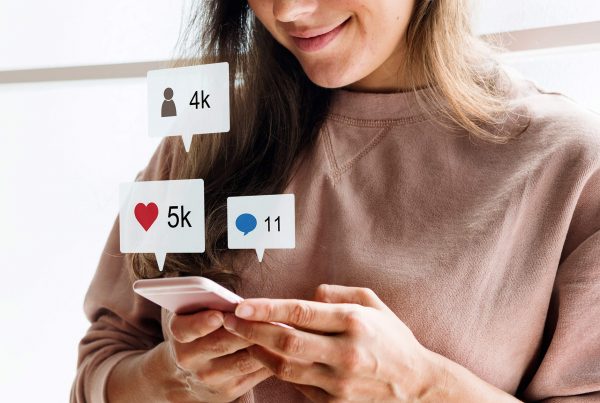 Approaching Social Media Like “The Little Engine That Could” 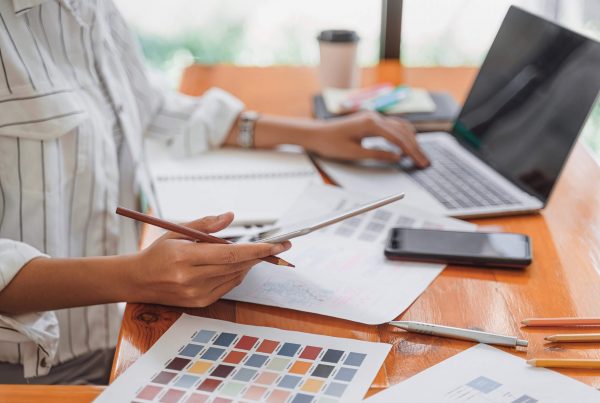